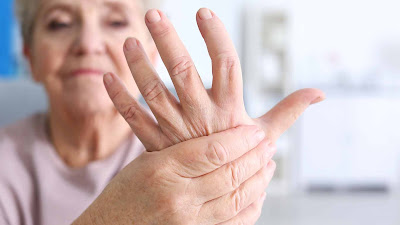 When it comes to searching for natural, readily available remedies with which to treat arthritis, or indeed any ailment, we naturally look back in time and take lessons from our ancestors.

However, in the case of arthritis, we would have to go a long long way back – right back to the dinosaurs, in fact. Researchers in Bristol, UK, discovered that the 150 million-year-old skeleton of a Pliosaurus showed jaw bone erosion consistent with arthritis and that the Iguanodon, a relative baby by comparison at only 90 million years old, had osteoarthritis of the ankle. Even the mighty T Rex is believed to have suffered from gout.


But what does this have to do with old fashioned cures for arthritis? Well, it goes to show that the condition has been around since time began, and that is a long time in which living creatures have been trying to beat the condition, or at least be able to live with it comfortably.

Arthritis has even made a fool of the Historians. Our image of Neanderthal man is that of a stooping, hunched over, loping figure but the truth is that the first Neanderthal skeleton to be reconstructed happened to belong to an arthritic, the effects of which caused his stoop.

And here is where this long leap into the past becomes relevant – tests carried out on the teeth of Neanderthals clearly showed that they too sought pain relief – both yarrow and chamomile were present in the results, and both of these plants are known for their pain relieving properties. Here’s how to make a powerful marigold extract to keep in your medicine cabinet (with pictures).

They were pretty smart after all.

Now, of course, we have pharmaceuticals to take care of it, but at what cost? And what would happen if those drugs were suddenly in short supply? Well, we could do what our ancestors did and look to the land for help.

The Native Americans learned a lot about the healing properties of plants by watching their sick animals, noting which plants they went to for different ailments. They also revered the land, only picking every third plant to ensure a never ending supply. Native American remains dating back to 4500 B.C. showed characteristics consistent that rheumatoid arthritis, so it makes sense that they searched for and found many remedies.

Many of these treatments can still be utilized today.

#1. Alfalfa
Although this plant isn’t native to the States, Native Americans made full use of its healing properties when it did arrive circa the 1850s. The roots of the Alfalfa plant can extend deep into the soil, absorbing many of the earth’s minerals and nutrients. As a pain reliever, the leaves were eaten as vegetables or steeped in boiling water to make a tea, while the seeds could be ground up to make a flour.

#2. Black Cohosh
Still recognized today as an anti-rheumatic and taken in tablet form, the roots of the Black Cohosh plant can also be dried and used to make tea, which, when taken twice a day can ease the pain of arthritis. (Long term use should be avoided because of the risk of liver damage.)

#3. Boneset
Very often in the world of herbalism, the name or appearance of a plant will give a clue to its uses, and Boneset is no exception. Originally it was used to treat Dengue, also known as Break Bone Fever, but it later became known for its ability to relieve arthritic and rheumatic pain. The leaves and flowers can be used in hot water, not only for pain relief but also as a remedy for colds and flu.


#4. The Eucalyptus Tree
It was introduced to the USA in the late 1800s and was utilized by Native Americans in the treatment of arthritis. Making a hot poultice from the leaves and applying it to the affected joints provides relief. Eucalyptus trees can be grown in warm climates, or as indoor plants, but essential oil can be used when fresh leaves are not readily available, and when combined with a hot compress will ease the pain and stiffness of swollen, painful joints.

#5. Green Tea
Native Americans knew regularly drinking green tea was of benefit to bones and joints. The science behind it is that the chemicals in the tea block the cartilage-destroying enzymes responsible for arthritis.

#6. Willow Bark
Perhaps the most exciting of remedies used by the North Americans was that of Willow Bark. Such are its pain relieving properties that the salicylic acid found in the tree formed the basis of the analgesic we recognize today as Aspirin. The inner bark of the willow tree can be chewed, both as a pain reliever and as a famine food, and can also be boiled along with the leaves to make a pain relieving tea. Furthermore, the inner bark can be ground down and the sawdust can be used as flour.

Of course, Native Americans didn’t hold the monopoly on natural arthritis remedies. As we have already seen, the condition has plagued us since time began, and each era and each people had their own methods of treating it.

The Ancient Egyptians, for example, employed some interesting techniques.

#7. Honey
Very often in Ancient Egypt, honey would be applied to painful joints, as it was believed to ease the stiffness and pain associated with arthritis. They would also drink a glass of milk with and turmeric (which is known for its strong anti-inflammatory properties).

#8. Wild Opium Lettuce
Considered a weed, Wild Opium lettuce can be found just about anywhere – in your back yard, at the side of the road, and on waste ground – and yet it is said to possess strong sedative and pain relieving properties akin to that produced by opium but without the side effects. The dried stem and leaves can be steeped in hot water and consumed as a pain relieving tea, or taken as a syrup by boiling them in water and sugar until thickened.

There are as many remedies for arthritis as there are types of the condition itself (there are more than 100 forms of the disease), and while some are undeniably worth trying there are others which would make you cringe or laugh out loud, but they do say laughter is the best medicine. These methods are for enjoyment purposes only!

#9. Carrying a potato! It was thought that by carrying a raw potato in your pocket, arthritis would be ‘absorbed’ by the vegetable and the pain would be gone!

#10. Cutting a hole in the head! The Incans (and many other civilizations) believed that internal pain could be relieved by making a hole in the skull through which the pain would escape. (Don’t try this at home!)