10 Dangerous Side Effects Of Not Getting Enough Sleep 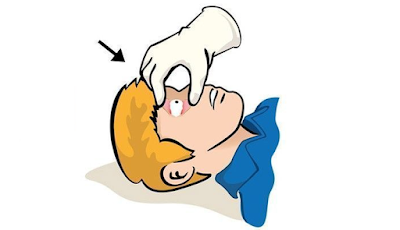 Many people don’t get enough sleep. We work hard, we play hard, and if we can function on six or seven hours of sleep each night, then we assume that’s enough. Even if you can technically function, going without enough sleep is actually doing both short- and long-term harm to your health.

Consistent lack of sleep causes significant changes in your brain and body, and it increases your risk of a number of serious health issues. We’re going to cover the top 10 side effects of not getting enough sleep.

2) You experience more issues with your memory. Lack of sleep affects your ability to think. It also makes it harder for you to learn, make decisions, or retain new information. You also won’t be able to perform at your best in a professional environment.

3) It weakens your immune system. When you sleep, your body is able to recuperate. It is during sleep when your immune system produces protective substances like cytokines which fight against bacteria and viruses. They also help you to sleep, thereby giving your immune system more time and energy to fight off illness. If you are sleep-deprived, you’ll find yourself getting sick more often and taking longer to recover.

4) Higher risk of heart disease. According to Healthline, sleep plays a vital role in keeping your heart and blood vessels healthy. This means keeping blood sugar and blood pressure levels in check. Studies have connected insomnia to higher risks of heart attacks and stroke.

5) It is linked to depression. WebMD cites an American poll that showed people with depression were more likely to sleep less than six hours each night. In a 2007 study of 10,000 people, those with insomnia were five times as likely to develop depression as those without. Insomnia is often one of the first signs of depression. It’s a vicious cycle, too: Sleep loss often aggravates the symptoms of depression, and depression often makes it more difficult to sleep well.


6) It leads to weight gain. According to Healthy Sleep — a sleep division at Harvard Medical School — lack of sleep decreases your fat-regulating hormone (leptin) while increasing the hunger hormone (ghrelin). The result is an increase in hunger and appetite, even when your body isn’t really hungry.

7) Higher risk of diabetes. Harvard Medical School also explains that sleep influences the way the body processes glucose, the high-energy carbohydrate that cells use for fuel. A study showed that healthy subjects who only had four hours of sleep per night processed glucose more slowly than they did when they were permitted to sleep 12 hours. Further studies have revealed that adults who usually sleep less than five hours per night have a greatly increased risk of developing diabetes.

8) It kills your sex drive. Both men and women who don’t get enough sleep often report less interest in sex, according to WebMD. This could be due to a depletion of energy, general sleepiness, and increased tension, as well as reduced secretion of testosterone during the night.

9) It prematurely ages you. Your pituitary gland usually releases a growth hormone during sleep (and during high-intensity exercise). But when you are sleep-deprived, this process slows down, contributing to premature aging, WebMD explains. You also release more cortisol (a stress hormone) when you’re sleep-deprived, which can break down the collagen in your skin, leading to more fine lines and wrinkles.

10) It shortens your lifespan. With the myriad of health issues related to sleep deprivation, it is unsurprising that a lack of sleep is also associated with lower life expectancy overall. Large studies have revealed that sleeping five hours or less per night increased mortality risk from all causes by about 15%, according to Harvard Medical School.